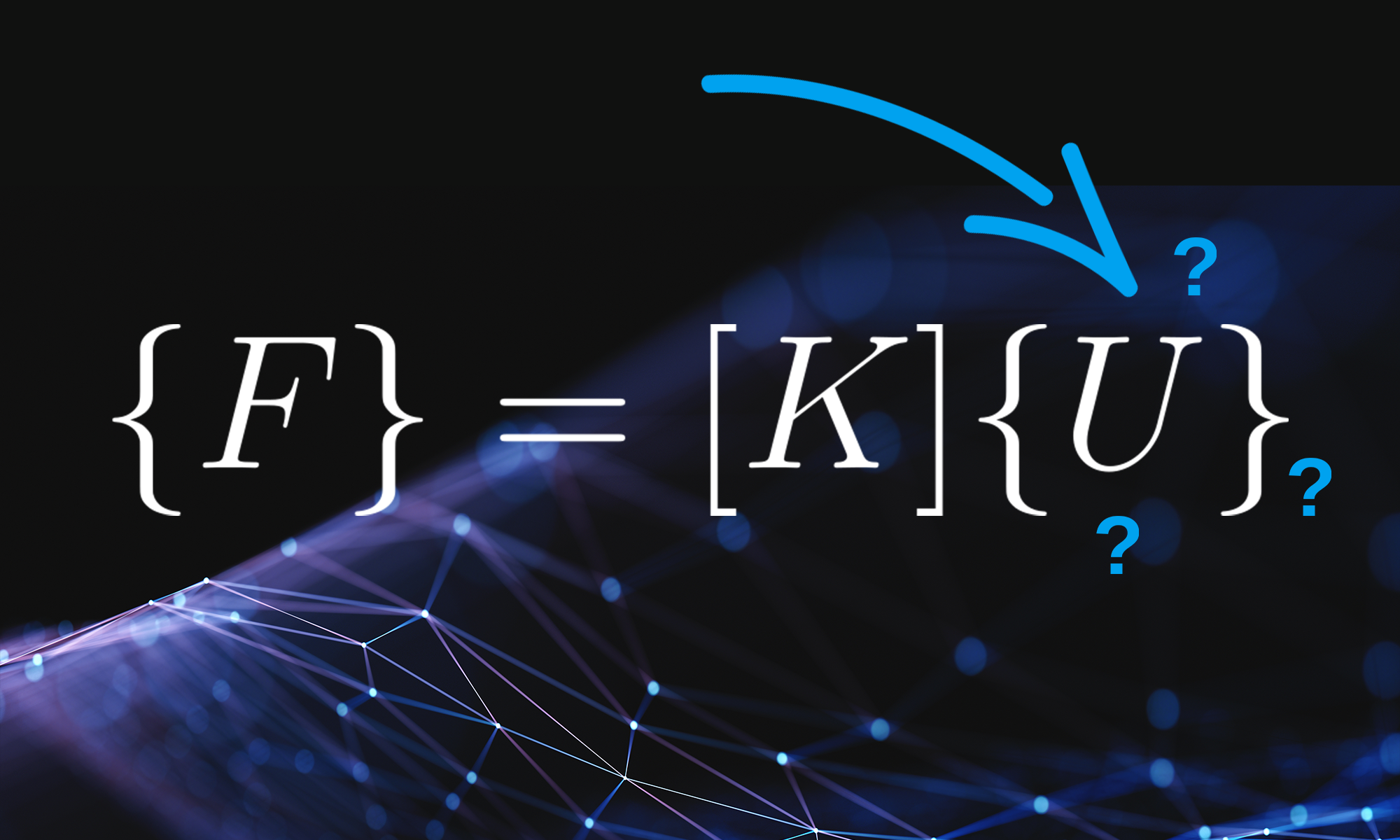 A basic approach to solve a simple truss system using the FEM equation & the problem of not using boundary conditions.

From "A Basic Derivation of the Finite Element Method (FEM)", we will use the derived FEM equation and work through a very simple arithmetic example using a truss element.

You will learn why boundary conditions (BCs) are important and why they need to be introduced when calculating such systems.

We will have a look at the following simple truss system with the force \(F_1\) and \(F_2\) acting on the element.

The truss should have a length of

a Young's modulus of

and a cross sectional area of

The stiffness of the element can be calculated from

Multiplying this system of equations gives

To now solve the equation for the unknowns or eliminate at least one of two unknowns, we can add equation (9) and (10) which unfortunately yields

We certainly did not make a mistake here... the problem is that we simple get no solution out of the system as the equations are linearly dependent! This happens when a system is said to be statically underdetermined.

A system is externally statically determinate, if the number of support reactions is equal to the number of possible movement directions (equilibrium conditions). In a two-dimensional (2D) system, there are three possible movement directions (horizontal, vertical and rotation) and three support reactions are required for the system to be statically determinate and therefore stable.

If you're working with a FE system, never statically underdetermine it. Make sure to either make it statically well-defined (kinematic boundary condition) or statically over-determine a system.

We have to include boundary conditions. To make this more tangible for you, we simple have to hold the structure to some extend. This can for example happen by fixing the left side of the truss by putting it into a "wall".

This means that the force \(F_1\) would not act as an external force anymore as it would simply intercept with the support that is going to be our boundary condition.

👉 It is now time for have a look at boundary conditions and how we can integrate them into our system of equations to make sure we get a proper and useable solution!

If this post was helpful to you, consider subscribing to receive the latest blogs, tutorials, cohort and course updates! 🙂

And if you would love to see another topic on FEA, please leave a comment under this post - cheers!👇