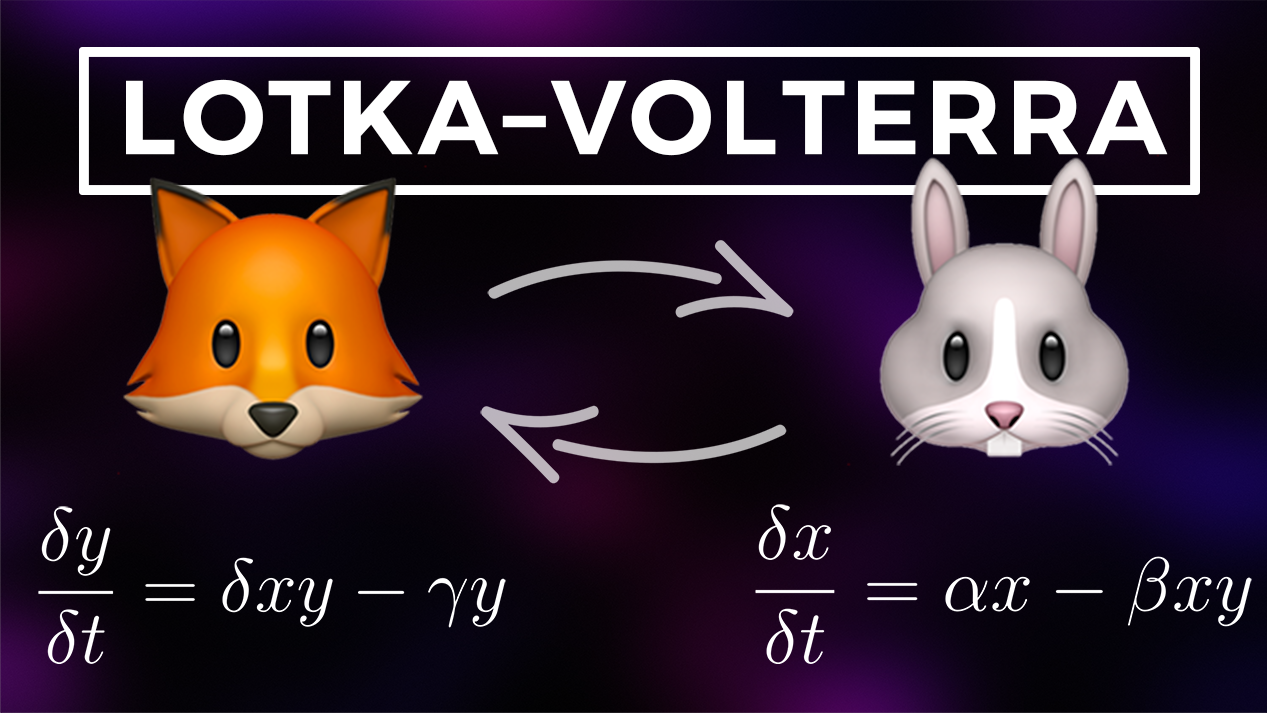 The Lotka–Volterra equations, also known as the predator–prey equations, are a pair of first-order nonlinear differential equations, to describe the dynamics of biological systems in which two species interact.

The Lotka-Volterra equations were developed to describe the dynamics of biological systems. The equations can be written simply as a system of first-order non-linear ordinary differential equations (ODEs). Since the equations are differential in nature, the solutions are deterministic (no randomness is involved, and the same initial conditions will produce the same outcome), and the time is continuous (the generations of predators and prey are continually overlapping). As with many other mathematical models, many assumptions were made in the creation of the Lotka-Volterra equations.

The Lotka-Volterra model is the simplest model of predator-prey interactions and model was developed independently by Alfred Lotka (1925) and Vito Volterra (1926).

The model was initially proposed by Alfred Lotka in the theory of autocatalytic chemical reactions in 1910. In 1925 he used the equations to analyse predator-prey interactions in his book on biomathematics. The same set of equations was published in 1926 by Vito Volterra, a mathematician and physicist, who had become interested in mathematical biology.

🦊 Predator: A predator is an organism that hunts, kills and eats other organisms to survive.

🐰 Rabbit: The prey is an organism which gets hunted and taken as food by the predator.

You'll often see the equation in different forms. I will demonstrate two forms so that you get a more holistic overview of the available equations.

Solution of the Model 💻

The solution in Simulink with different parameters. The full Simulink model can be downloaded inside the MATLAB & Simulink Course.

In nature, two populations can be in equilibrium with one another. To solve that with our model, the Lotka-Volterra equations, we can simply determine this equilibrium by setting the left-hand side to zero, which means nothing else than Since equilibrium means that the populations are not changing with respect to time the system of equations can be written as.

Drawbacks of the Model ⚡

If this post was helpful to you, consider subscribing to receive the latest blogs, tutorials and course updates! 🙂

And if you would love to see other blog posts or tutorials on simulation or coding, please leave a comment under this post - cheers!